The Asociación Nacional de Empresarios de Colombia - 'the ANDI' - was founded in 1944 in Medellin. Initially not as an interest group, but as an association to generate ideas from the industry to strengthen the Colombian economy. The aim still is "to disseminate and promote the political, economic and social principles of a healthy system of free enterprise".

The ANDI is now the most prestigious employers' organization in Colombia with members from the (food) industry, the financial sector, agriculture, trade and the services sector among others. In addition to the head office in Medellín, there are offices in Barranquilla, Bogota, Bucaramanga, Cali, Cartagena, Cúcuta, Ibague, Manizales, Pereira, Santander de Quilichao and Villavicencio. The ANDI is known as one of the best organized employers' organizations in South America.

Colombia is an upper middle income country with 49 million inhabitants and a GNI per capita of 5,830 usd. After the signing of the peace agreement between the government and the Guerilla of the FARC, the country is considered the big promise of South America. That also explains the fact that more than a hundred companies joined the Dutch trade mission to Colombia, led by Prime Minister Rutte and VNO-NCW and DECP chairman Hans de Boer. Together with Peru, Chile, Panamá and México, Colombia forms part of free trade alliance Alianza del Pacífico.

The collaboration between ANDI and DECP is quite fresh and dates from 2018. It focuses on a number of specific themes, namely the problem of rapidly rising absenteeism, training employees in negotiation skills and supporting companies in organizing supply chain responsibility. 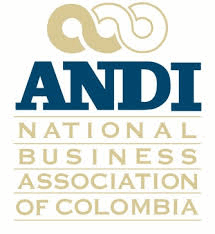