During the course of meetings with senior staff, the DECP country manager Andrew Moore suggested that although ECOP had a good relationship with its members a Membership Survey would provide valuable information on how they could enhance the value they provide for their members.  It was also suggested that in order for ECOP to be more proactive they should produce a “Business Agenda” which would set out clear priorities on which ECOP could develop a policy plan for the next few years.

The DECP has been working with ECOP over the last eighteen months on a project to help build up the work of ECOP Chapters. The regional network is very important to ECOP bearing in mind the geographical spread of the Philippines and the Chapters in each of the regions have a major role to play. A workshop was held in Manila for some twenty seven delegates representing all the Chapters prior to the national conference. The workshop provided the opportunity to share best practise and to discuss better communication between Chapters as well as with ECOP at a national level. The project had significantly increased membership of the Chapters and the services provided. 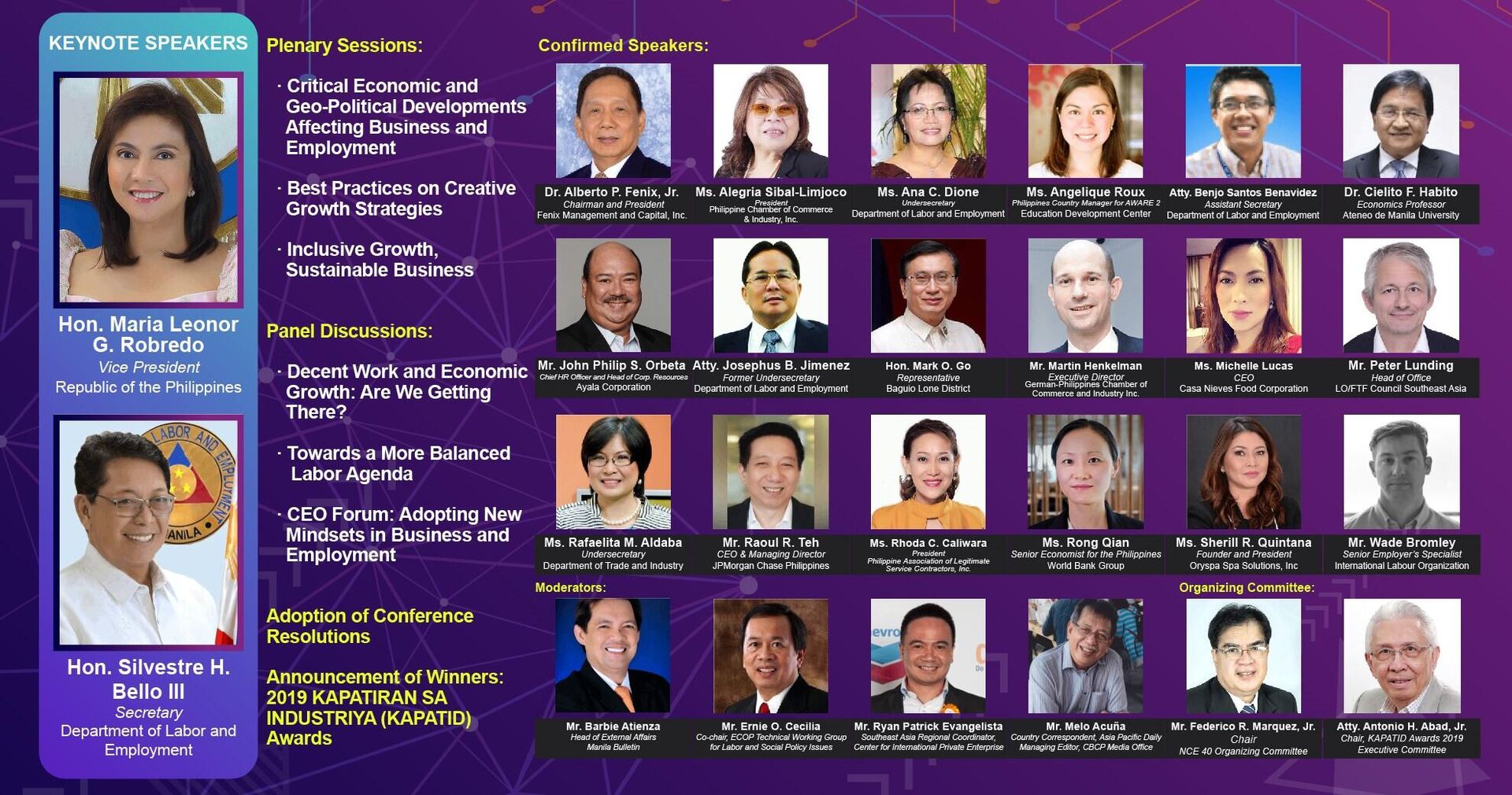 An impressive group of speakers and moderators enhanced the annual conference