It’s not hard to admit mistakes…

It’s not all that hard to admit mistakes. Or is it? Most people actually find it hard to admit that they were wrong, that their actions or words caused a situation that harmed others. Personal and cultural factors are in the way of taking responsibility for putting things right.

Nevertheless taking responsibility and acknowledging one’s own errors is a key strategy in creating the right situation for any negotiation to end in a win-win-situation, explained DECP negotiation guru Dirk Joosse to his audience in Blantyre, Malawi. Joosse, accompanied by DECP special envoy for Africa Jannes van der Velde, in January 2020 delivered a three day training for the Employers’ Consultative Association of Malawi.

Among Joosse’s 10 trainees were 2 representatives from the Malawian labour unions. Joosse’s approach is commonly known as the AWVN method after the Dutch employers confederation at which he and his colleagues developed the method. It is very much based on the Netherlandish’ habit of cooperation and negotiation rather than compete and argue.

Looking for win-win-options is essential for this approach. Hence sharing knowledge with labour unions and helping them to become better negotiators should be a natural thing for employers, the participants at the training acknowledged. Even if those same union reps may be at the other side of the table in during next month’s wage negotiations…

Unions and employers in the same training. As natural as it is to admit mistakes. 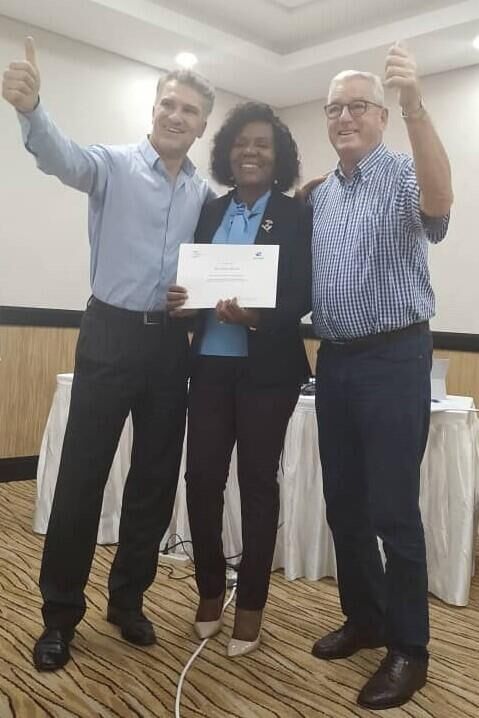