In 2020, DECP invited all partners from East Africa for a study visit to The Hague. The pillars 'Membership Management' and especially 'Social dialogue' were central to this. This initiative was so successful that it was decided to invite a group of partners every year. However, due to the pandemic, this initiative has been put on hold. Until November 2022. Representatives of employers' organizations from West Africa visited DECP for a program aimed at social dialogue and the transition from DECP to PUM. A successful initiative in all respects.

In the past, various DECP activities have taken place in Burkina Faso and Togo. However, these had no structural character. Until in 2017 it was decided to deploy a country manager specifically to the French-speaking countries of West Africa. Since then, close relationships have been built with the employers' organisations of Burkina Faso, Ivory Coast, Benin and Togo. The focal points are on membership management and social dialogue, but certainly also on underlying themes such as skills development, lobbying and advocacy, and increasing visibility through the use of media and targeted campaigns.

The guests, two delegates per country, all arrived early Sunday morning at Amsterdam airport. They were received by Christine Rehbock and Jos van Erp from DECP and escorted to the shuttle bus that quickly took them to their hotel. After a long night of travel, everyone was ready for some rest. But they could still benefit from some explanation about the main characteristics of the Netherlands. Because not everyone is aware that most of the Netherlands is below sea level. And that the Dutch were the first to use wind power (mills) to saw trees into planks. As a result, a lot of wood was quickly available to build ships. Which led to what is called the golden age. Keeping the water out and at the same time taking advantage of the opportunities is the basis of what is called the polder model, the tradition of employers, employees and the government to discuss major problems together and to transform them into opportunities that everyone can benefit from. Can we call this the birthplace of social dialogue?

Later that afternoon a number of places in The Hague and Scheveningen were visited. And despite the heavy rain, guests visibly enjoyed the bus, tram and metro rides that took us quickly to the next destination. This short tourist day in the political capital of the Netherlands was concluded with a dinner so that we could get to work the next day.

The day started in the Malietoren, the Dutch house of  entrepreneurs and the private sector, where DECP is also located. The guests were welcomed by Peter Bongaerts, the director of DECP, and by Arnout de Koster, a well-known DECP expert in the Sub-Saharan region who has carried out many activities in West Africa. Each of the guests informed the DECP staff about the developments of recent years in their country and about the expectations for the coming years. Peter Bongaerts once again emphasized that social dialogue is the basis for a favourable business climate and that DECP, even after the merger with PUM, will make every effort to contribute to developments in this area.

To gain a good understanding of the way in which social dialogue is conducted in the Netherlands, a visit was made to the SER, the Social Economic Council. It soon became clear that trust is the basis for cooperation and that it takes time to develop mutual trust. The SER was founded in the 1950s. Employers, employees and experts discuss complex issues that are important to the Dutch economy and social agenda and advise the government. The government has the freedom to disregard advice from the SER, but usually takes it to heart, which is reflected in political decision-making. In the afternoon a presentation was given by a director of the Ministry of Foreign Affairs. She indicated the accents of Dutch foreign policy. A clear choice has been made for the countries where the Netherlands will be active in the coming years from the point of view of both development cooperation and trade relations. 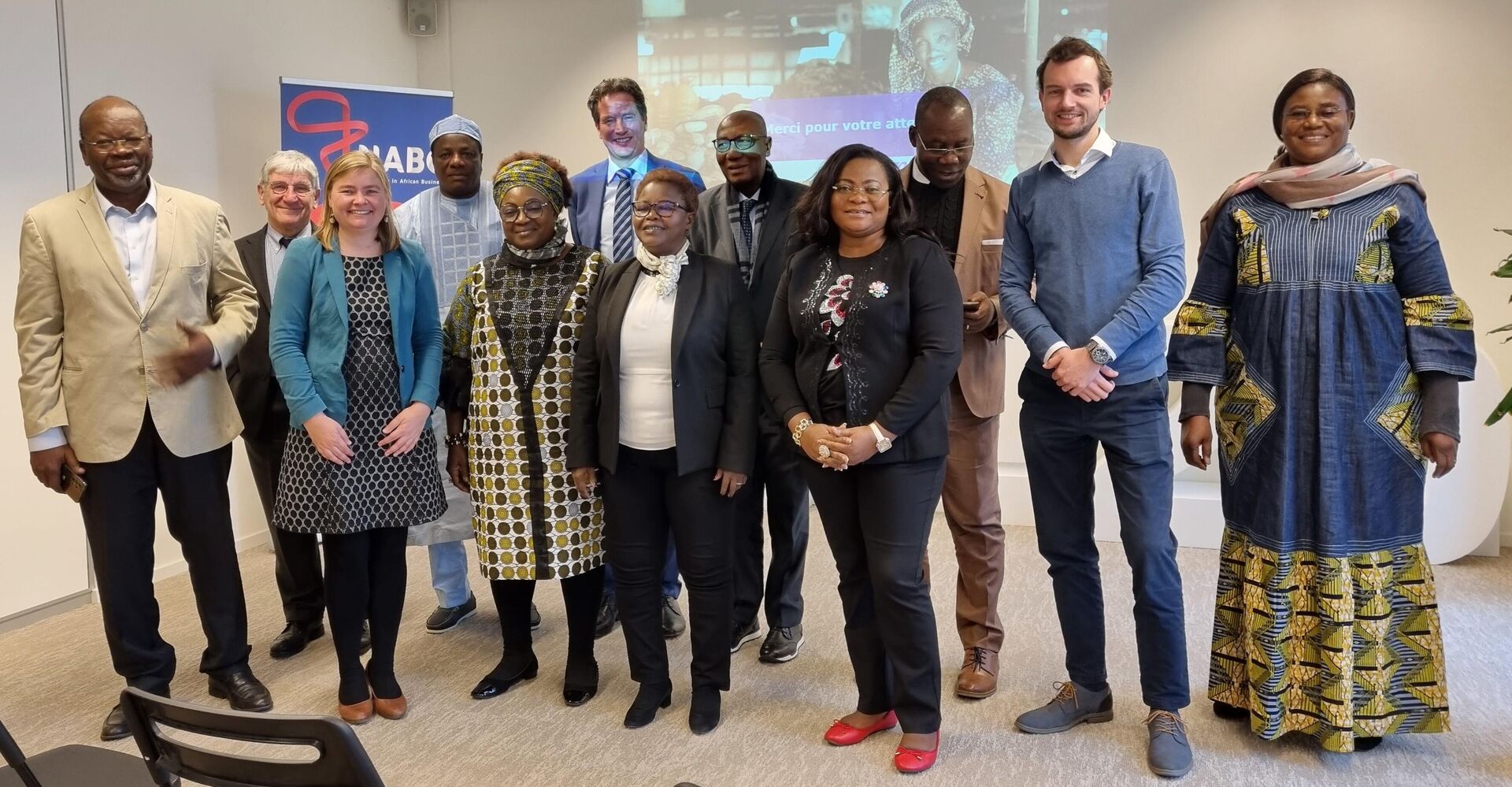 Meetings were scheduled for the next day with NABC, the Netherlands-African Business Council, and CNV Internationaal, the international activities of one of the most important trade unions in the Netherlands. Both organisations are very active in West Africa. NABC in the field of concrete trade and CNV, also as a cooperation partner with DECP, as an organisation that strengthens trade unions in the region and thus contributes to the development of social dialogue in various sectors. Interesting discussions took place based on the many questions from visitors and DECP experts. This mainly showed that cooperation between the various Dutch organisations that are present in the same West African countries can lead to even more sustainable impact and mutual cooperation.

The afternoon was spent exploring with PUM staff members who are actively involved in (West) Africa how the successful cooperation that now exists with DECP can be continued with the new PUM organisation. PUM has been active in Burkina Faso and Benin for many years and has even collaborated with the employers' organisation CNP-Bénin. A fact-finding mission will be carried out to Ivory Coast in the very near future. PUM is very welcome at the DECP partner CGECI to determine how PUM can strengthen CGECI and what type of projects PUM can offer to various SMEs in sectors represented by CGECI. As a close neighbour of Benin, Togo will be able to rely on the efforts of PUM in the coming years. Finally, Jos van Erp presented the concept of ecosystems of which he hopes the first successes will be achieved in some selected sectors in West Africa.

On Wednesday morning everyone got up before dawn to be able to report in the evening, again after a long journey, that they had arrived home safely. Enriched with ideas, inspiration and new friends.