On January 1952 a group of Indonesian employers undertook the establishment of an association under the name of PUSPI (employers' council on socio-economic affairs). In view of the increasing number of issues, the employers united themselves in the organisation as a forum for communication and consultation with the objective of adopting the same steps in resolving problems of Employers, Workers and Government. The organisation was also needed to function a channel for aspiration of the employers to be heard by the Government and other related organisations. Initially the organisation was centralized in the capital of the country, but with the years it expanded its membership to all the provinces and the industrial centers.

The name PUSPI was carried on up to 31 January 1985, when at the national congress of the organisation held in the city of Surabaya, unanimous decision was arrived at to alter name in to APINDO (Asosiasi Pengusaha Indonesia, The Employers' Association of Indonesia).

Presently, APINDO is the unifying organisation for Employers. Participating in the establishment of social welfare in the business community through integrated cooperation between the Government, Employers/enterprises, and Workers, within the framework of active participation for the achievement of the national aims.

APINDO was recognized in 1975 by Decree of the Minister of Manpower, and mandated by KADIN Indonesia (the Indonesian National Chamber of Commerce and Industry), to represent the Employers on issuer related to industrial relations and manpower affairs.

The Head office of APINDO is in Jakarta, while in each of the 26 provinces the organisations is led by the respective provincial boards, and subsequently in the district by 173 district boards. 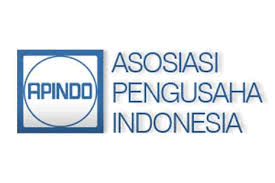