The Ghana Employers’ Association is a national employers’ organisation whose membership comprises enterprises operating in all sectors of the economy. After independence in 1957, workers were organised under a central trade union and given powers under the Industrial Relations Act.1958 to negotiate, enforce collective agreements, and defend their interests in all establishments. It therefor became not only logical but also imperative that employers should come together to enhance and protect their interest as well as provide a forum for consulting among themselves and share experiences, hence the GEA was formed in 1959.

The main objectives of GEA are to promote the interest of employers, to act as a forum for employers, to keep members informed and advocate on the operation of existing laws and practices that effect employers. Furthermore, to represent employers in its dealings with government, non-governmental organisations and other national bodies and to promote good management practices. 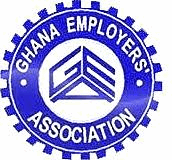