Indonesia is focussing on social dialogue as key to mutual understanding

In 2016, DECP, together with CNV Internationaal, provided a training course on the art of negotiation for its Indonesian partner APINDO. This not only resulted in enthusiasm about the subject and its possibilities, but also in an MOU with the KSBSI trade union. This MOU described the desire to develop social dialogue in Indonesia with the aim of discussing matters of mutual interest together and finding solutions that benefit everyone. Now, almost six years after the start of this process, all stakeholders have come together in Jakarta for a refreshment training and a conference. 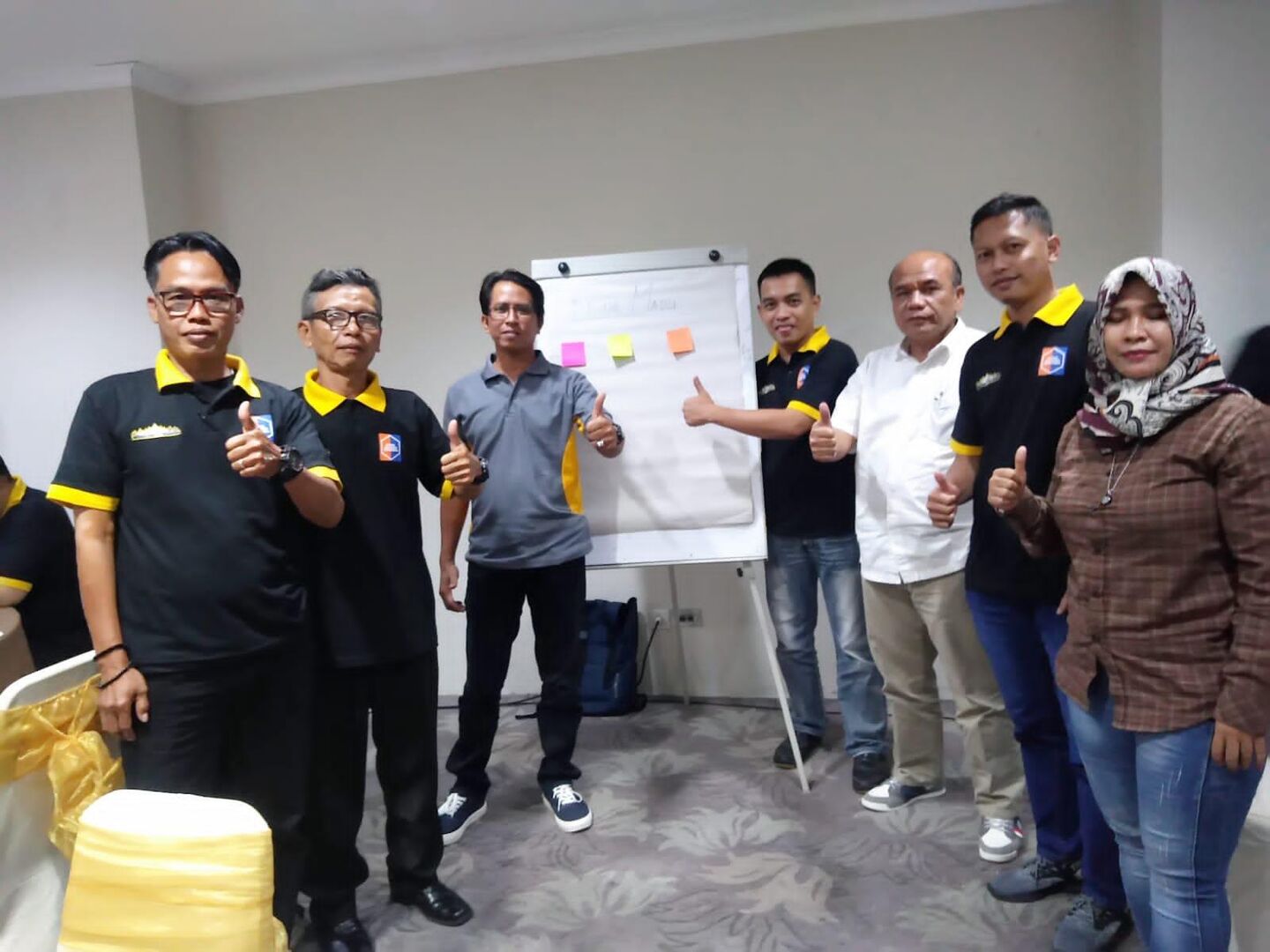 Since 2017, experts from DECP and CNV Internationaal have been conducting a series of trainings of trainers on the subject of social dialogue. In several chapters they trained 20 trainers – 10 staff members of the employers’ organisation and 10 representatives of the trade union. In turn, these fresh trainers have trained several dozen other trainers according to the cascade model. They came specifically from the palm oil sector and the garment sector, including the footwear and leather industries. These sectors were chosen as they would start working on a social dialogue process that would be supported by trainers with knowledge and skills.

The decisionmakers involved concluded that the number of conflicts between employers and employees has decreased since the start of the social dialogue process because of cooperation and the sharing of ideas. This encouraged both regional departments of APINDO and trade unions in the chapters to further develop social dialogue with the aim to improve the business climate as well. The commitment of the trainers was the key to getting started. “The world is changing rapidly”, one of the board members of APINDO declared. “It is all about planet, people and profit. Not only about profit”.

At the end May 2022, the experts from DECP and CNV Internationaal, Mr Dirk Joosse and Mr Henk van Beers, went to Jakarta again to give an in-depth course to the trainers. More than 20 participants benefited from the opportunity to share knowledge and experience and gain new insights especially  about the many successes and challenges.

After finishing this two-day course, a conference was organised on the topic of social dialogue and the experiences and results thus far. Once again, besides participants from the APINDO staff, the KSBSI staff, DECP and CNV Internationaal, several trainers were present in order to share their experiences and enthusiasm about the social dialogue process. As the deputy director of DECP, Mr Jos van Erp, stated: “Once there was a man who said: ‘I have a dream’. We all have dreams. And many of these dreams we have in common. Let’s use social dialogue to make a few of these come true.”

This conference was also an opportunity to say goodbye to Mrs Hanneke Smits from CNV-I and Mr Dirk Joosse from DECP. Hanneke Smits has decided to continue her professional career elsewhere. Dirk Joosse is retiring from a long and fruitful career at the Dutch employers’ organisation AWVN and DECP. Later a message from one of the staff members involved in the process of social dialogue was found on social media: “One of the most beautiful qualities of true friendship is to understand and to be understood. Thank you sister Hanneke and Pak Dirk for all you have done for the social dialogue project in Indonesia. We’ll miss you both.”

The APINDO staff will continue to work on in-depth social dialogue in the palm oil sector and the garment sector. They are convinced that focusing on these sectors now will result in a sustainable impact. After DECP has merged with the PUM organisation, PUM will take over the guidance of these processes and, potentially, the introduction of social dialogue in other economic sectors in Indonesia. 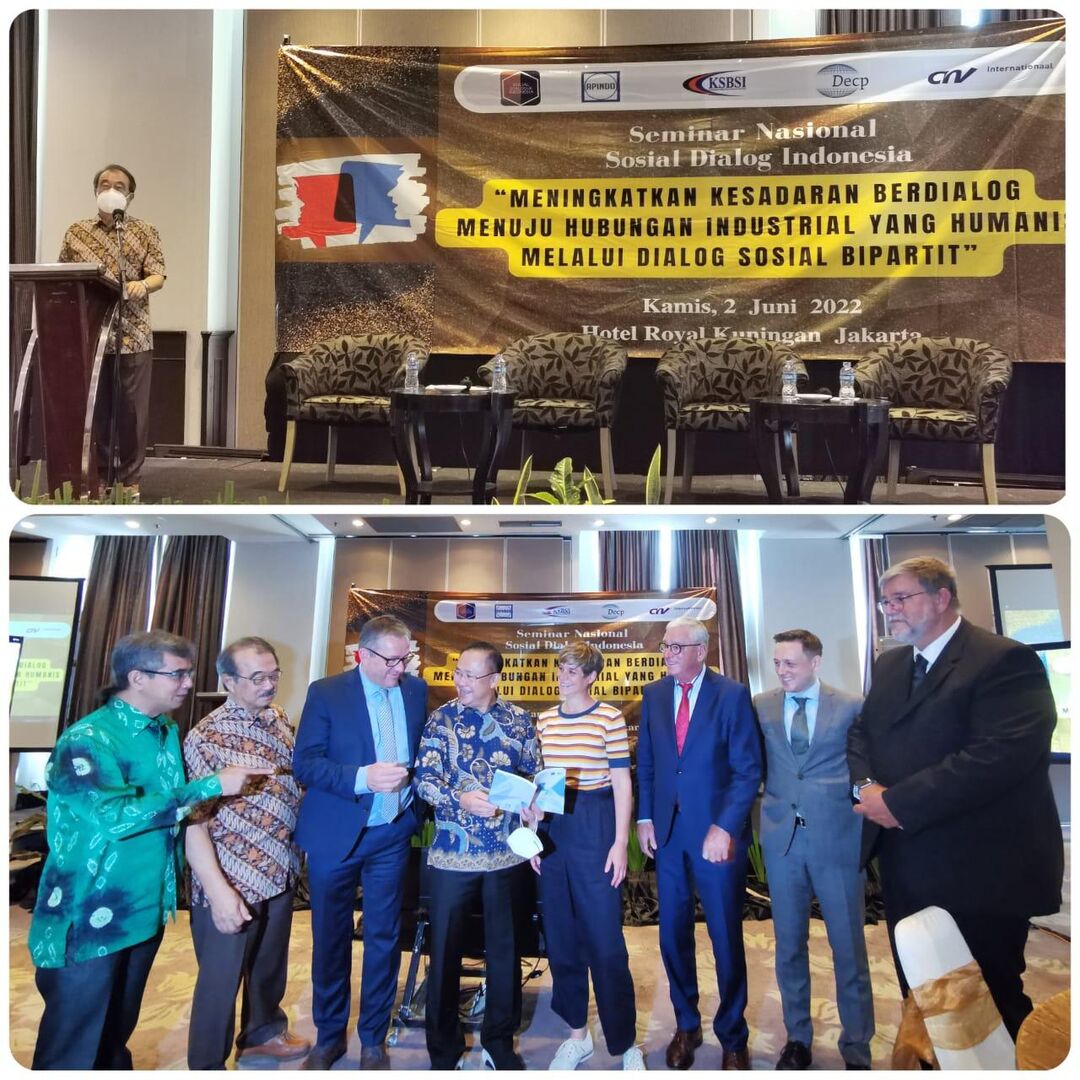 Thank you and bye bye Mrs Hanneke and Pak Dirk