The Hague, Kinshasa. October 2021. Have you ever thought about transformational leadership? Perhaps. But in the RDC - the Democratic Republic of Congo – they sure did. How can we change leadership to increase productivity? What is the most important condition to make it work and create satisfied leaders and employees? The answer is Nkelo Bantu! For those who do not know the Kikongo language, this means 'Human Resources'. Both optimisation and innovation are processes that are done by employees. So, some of the key questions of the event called 'Nkelo Bantu', organised by Sodeico, a well-known HR solutions company, were; ‘how to inspire and motivate employees to offer their brainpower to the company? What kind of leadership is needed to realize improvements?'

The event took place from Thursday 30 September to Saturday 2nd  October in the capital of the RDC, Kinshasa. The answer to the main questions was to develop transformational leadership. Apparently individual enterprises and, more broadly, the private sector can benefit from another kind of leadership than a traditional approach. But how does transformational leadership look like? The list of speakers and panellists was impressive. Among them were a number of prominent CEOs of major companies such as Orange and Glencore, as well as the ambassador of Sweden, a delegation from the ILO and a trade union leader. It goes without saying that the management of DECP was honoured to have been invited by the Swedish likeminded organisation NIR to share its insights into this theme.

A keynote was prepared in which Jos van Erp, deputy director and special advisor for West Africa, indicated that human resources is something different than machines. This is about employees, people, the people of the Congo. He opened his speech with the saying “if you do things differently than before, you will get something different back than you are used to”. Topics such as transparency, participatory decision-making, motivation and inspiration were discussed in the panel.

During the training on Saturday, Jos emphasised the topic of individual competence development which is expressed in terms of knowledge, skills and attitude and which should be related to the companies objectives. That is why it is crucial that the leader applies situational leadership techniques that are aimed at active participation in decision-making with the end goal in mind, a safe learning environment in which mistakes can be made and even dares to show that he/she also has no absolute certainties.

Although the online connection every now and then turned out to be a challenge, both the participants to the training as Jos van Erp highly appreciated this cooperation which, in itself, was inspiring and motivating.

See you next year! In Kinshasa.

For a good impression of the event just click this link: https://youtu.be/For-opc84iY 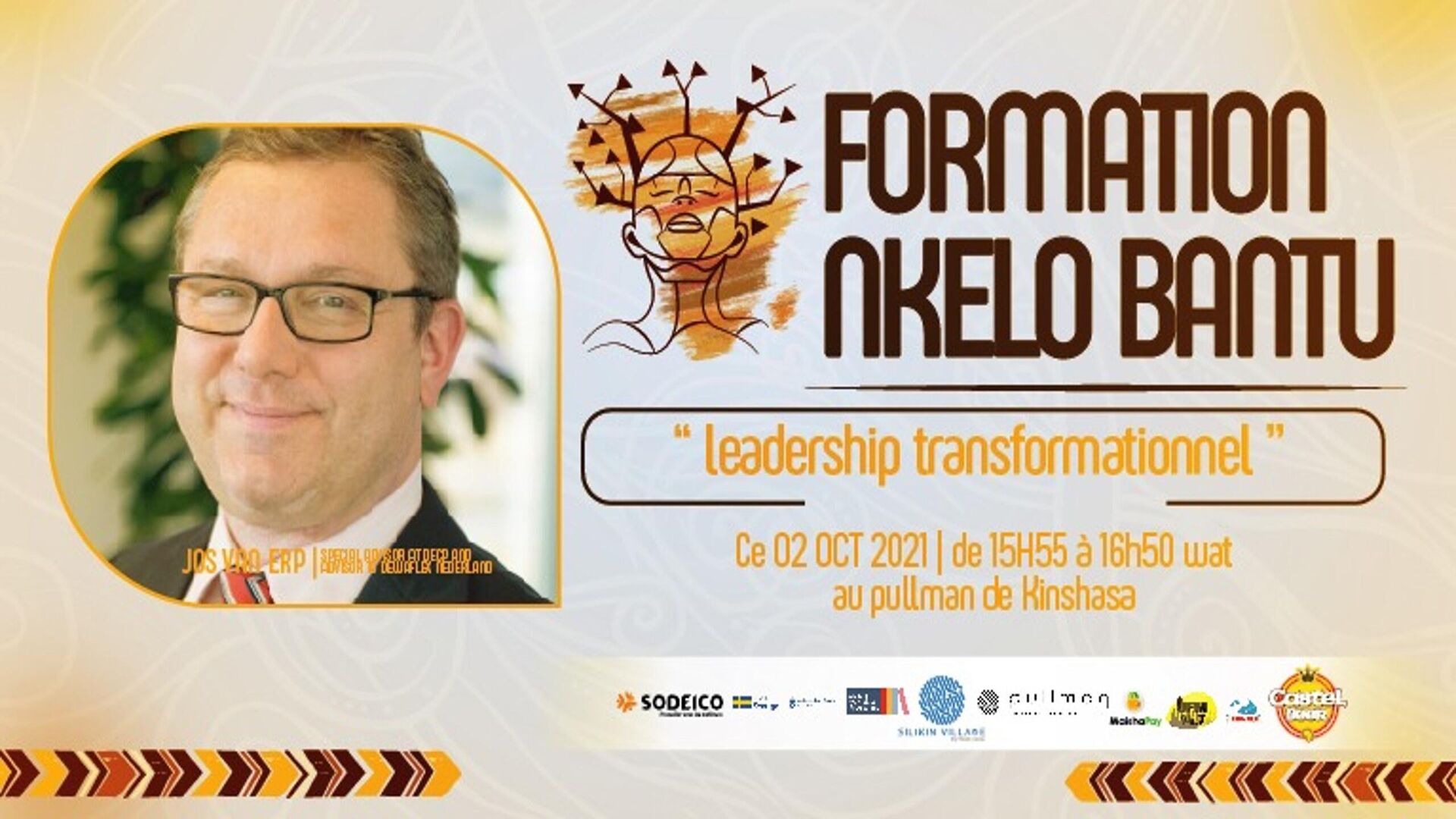 Nkelo Bantu was created by Sodeico and NIR/Swedish Workplace Programme to provide a platform for dialogue inviting employers and employees from private and public sector, government and authorities, civil society and other organisations (including international) to discuss issues related to capacitating human capital.  https://sodeico.softy.pro    https://nir.se/

The objectives of the platform is to promote social dialogue and partnership between employers and employees at the workplace, promoting capacity building, and contribute towards enterprises sustainability and DRC’s development.

Mrs Alessandra Cornale is programme director at NIR: “I believe that the Nkelo Bantu platform represents an excellent opportunity for the private sector and other stakeholders to come together, discuss best practice, develop new ideas and work towards the objective of improving social dialogue and cooperation between employers and employees to promote productivity and sustainability. So from NIRs private sector and development perspective as a partner (through the Swedish Workplace Program), Nkelo Bantu is a possibility to promote core values such as human rights, decent work, democracy, gender equality and social dialogue and through the Nkelo Bantu we hope to contribute to the development of human capital and sustainable business in DRC”.

Mrs Lucie Longo is members of the staff off Sodeico: “Our main challenge was to ensure the continuity of the 1st edition in terms of content and form. As far as the content is concerned that is to continue our actions in order to make known and understand to our various target groups the concept and the importance of the action of Nkelo Bantu and to propose during the event, as for the 1st edition, diverse and high-level themes and speakers. As for the form to obtain the necessary means to organize activities and a quality event ensuring the safety of all participants in a context of pandemic and economic crisis, in order to succeed in achieving the platform's objectives.

Our main successes in my opinion:

As for the 1st edition, rich and concrete dialogues were able to take place face-to-face and remotely, in particular with private sector actors (employees and employers), public sector actors (government representatives) representatives of the trade union world, international and non-governmental organisations and students. This was done through conferences, workshops and training allowing different types of interactions to lead to a revolution in mentalities. Furthermore, we were able to consolidate our relations with our 1st edition partners and seal partnerships with new partners who have adhered to our vision”.