The DECP works in a number of countries in South Asia and provides both technical as well as financial support in order to facilitate the EMBO’s to be more effective both in terms of their membership as well as their ability to influence policy makers.

In order to enhance this work the DECP established the South Asia Forum of Employers (SAFE) some eight years ago. The membership of SAFE is made up of representatives from the EMBO’s of: Bangladesh, Nepal, Pakistan, Afghanistan, Sri Lanka and India.

The meetin was held online

SAFE provides a forum for its members to meet and discuss a wide range of important issues which are impacting on their membership. These meetings have been held in different countries including Kathmandu in February 2020. It was agreed at this meeting that the President of SAFE for the period 2020-2021 would be Sri Lanka. The meeting concluded with the newly elected President Mr Kanishka Weerasinghe inviting members to the next Annual meeting to be held in Colombo in February 2021.

Due to the pandemic the meeting in Colombo was held online on February 25 2021. And was attended virtually by members as well as representative from the ILO and IOE.

The meeting provided the opportunity for each country to present the work they have been doing in order to respond to the challenges of COVID-19 both with their membership as well as their national Governments. Members agreed that it was not only the impact on the whole business community within their own countries that was causing major problems but also the long-term effects on their membership.

It was agreed that two further meetings should be planned online during 2021 which would deal with the serious impact COVID-19 is having on the membership of the EMBO’s. It was also considered that a meeting with the Trade Unions in South Asia would also be beneficial and could help in setting the ground for further Social Dialogue across the region.

The meeting concluded with the FNCCI from Nepal, who have held the Vice Presidency for the last twelve months, should be elected as President for the coming twelve months with their FNCCI Employment Council Chairman Mr Ram Chandra Sanghai taking up this position. It was also agreed that the Vice Presidency will be held by Mr Rajeev Dubey from India.

An invitation was given by the FNCCI, subject to any restrictions, to attend the next Annual meeting in Kathmandu in 2022. 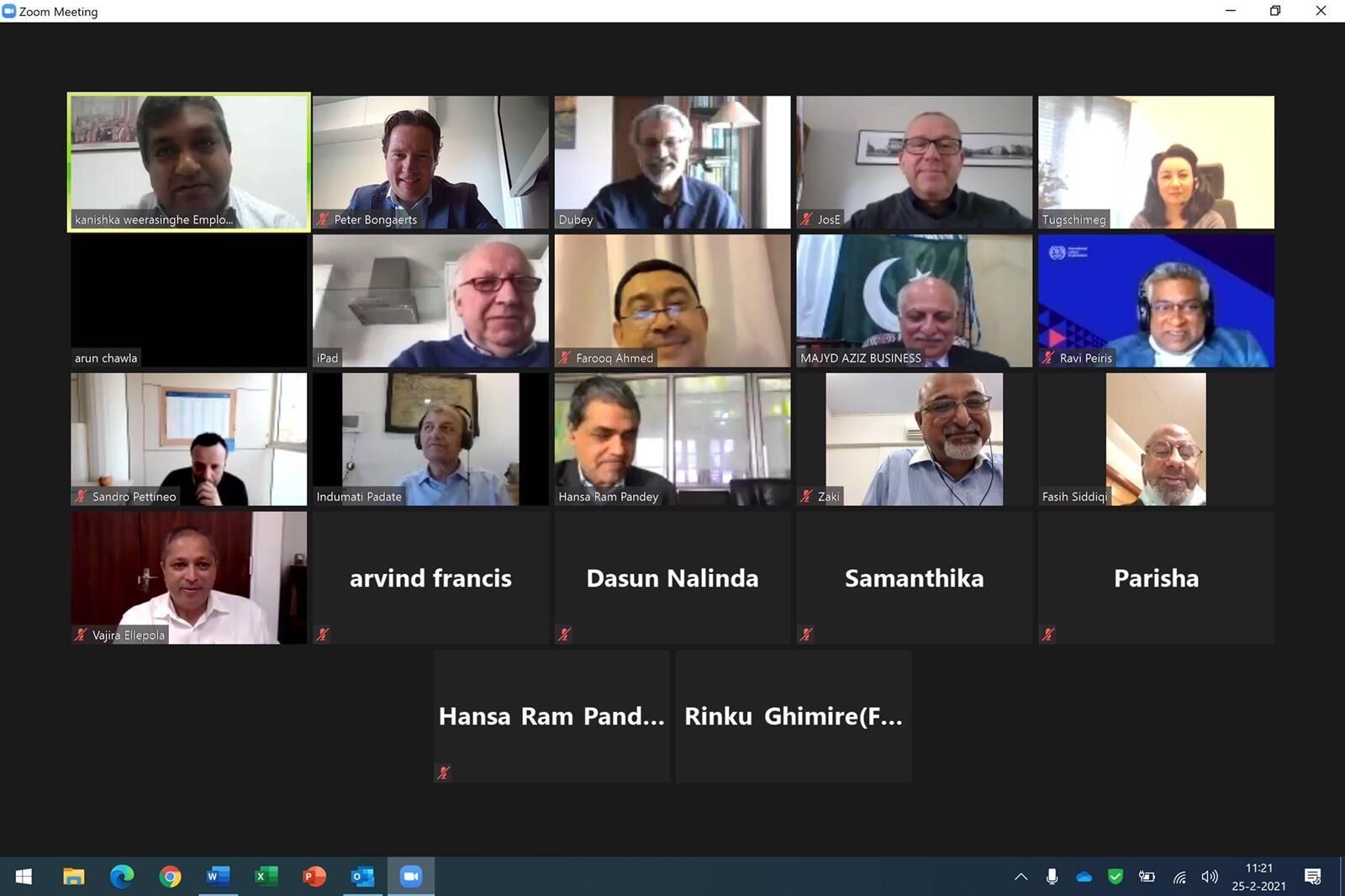