A delegation from the Social Economic Council from Benin (Conseil National du Dialogue Social) visited the Netherlands to learn more about the Dutch consensus economy, the so-called ‘Polder Model’. The visit was organized by CNV Internationaal.

The delegation, consisting of representatives from the government, workers' and employers' organisations, was particularly interested in the way the Dutch strive to include young people and women in the social dialogue.

During the study visit the Beninese delegation had meetings with the Dutch Social Economic Council (SER), Minister Koolmees (Social Affairs and Employment), the Ministry of Foreign Affairs, the Dutch Employer’s organization VNO-NCW/DECP, trade union colleagues from CNV and FNV and members of the Parliament.

The employers’ organisation of Benin, le Conseil National du Patronat du Bénin (CNPB), is a partner of DECP since several years now. And this study visit was an excellent opportunity to discus further cooperation, especially in the field of social dialogue. CNPN is a member of the West African federation of employers FOPAO (Fédération des Organisations Patronales de l’Afrique de l’Ouest) and takes part in the cross-cutting training process on social dialogue in the region. This process started last April and will be continued on September 30th in Abidjan, Ivory Coast. During that meeting, emphasize will be on lobbying and advocacy. Early 2020, a next training will be conducted on negotiation skills.

During the study visit of the Beninese delegation, it was confirmed by both CNV Internationaal and DECP that this will be a joint cross-cutting training by both parties. The Beninese employers’ organisation and trade unions will benefit from that. And what is more, CNV Internationaal and DECP will prepare a country specific follow up process to upscale the process of social dialogue in Benin. Specific and concrete issues will be identified together to work on. The Dutch embassy will be involved as well.

Mr. Peter Bongaerts, director of DECP, thanked CNV Internationaal for the organisation of the study visit and for involving DECP. But above all, he thanked the Beninese delegation for the open discussion on the needs of employers and employees in various fields of work, employment and business climate and expressed his ambition to cooperate the next years with them and CNV Internationaal in order to identify and achieve common objectives. ’We don’t start today, because we already have a strong partnership which allows us to take next steps. It will be my pleasure to visit Cotonou in November and continue our cooperation’, said Peter Bongaerts. 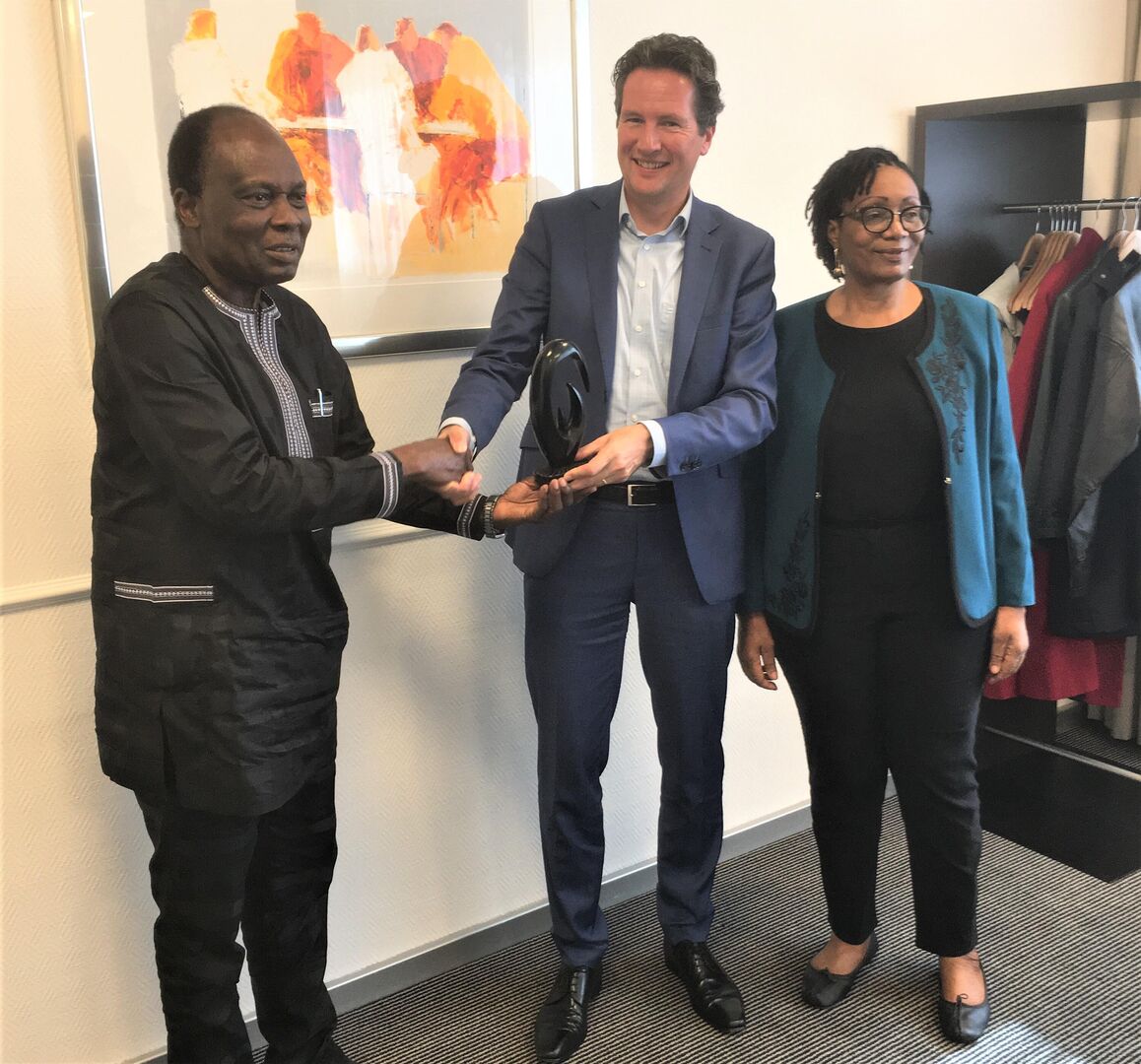